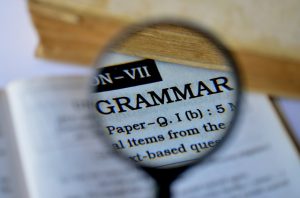 The more you know in terms of how to convey subtle nuances, the more successful you get in communication and the better you manage various life situations.

Therefore, I’d like to bring up another topic, which falls under the generous functional-semantic category of Modality.

The topic is very vast and I will gradually cover it over time; today I will only offer an insight into the grammatical ways of expressing modality, with a focus on modal and semi-modal auxiliary verbs.

Modality is a feature of language which allows the speaker to convey his degree of commitment or attitude towards the information in his utterance (believability, desirability, obligatoriness, reality), as well as his general intent.

Modality expresses various types of relations between the utterance and reality, as well as different types of subjective evaluation of the information within the utterance.

It can be conveyed by both grammatical and lexical means.

Mood is a grammatical feature of verbs, which allows the speaker to express his attitude towards what is expressed in the utterance.

Realis Moods (Indicative = the mode of reality, used for factual statements and positive beliefs) are the set of moods indicating that something IS a statement of fact.

Irrealis Moods (Subjunctive, Conditional, Optative, Imperative, Jussive, Potential, Hypothetical, Inferential) are the category of moods indicating that something (an action, an event, a situation) is not known to have happened as the speaker is talking.

Within the rather ambiguous Others category, which includes the Interrogative I will shed light upon the Deontic Mood and, or rather versus, the Epistemic Mood.

Each modal can have two different types of meaning, namely deontic (intrinsic) or epistemic (extrinsic).

Deontic (intrinsic) modality refers to actions, situations, events which agents directly control (permission, obligation, volition or intention). In varying degrees of obligation, it suggests how to improve the state of affairs, according to the speaker’s standards, expectations, desires and so forth.

You must finish your homework if you want to go out and play. (obligation)

Epistemic (extrinsic) modality refers to the logical status of events or states (assessments of likelihood – possibility, necessity or prediction) or, in other words, to the speaker’s evaluation of, (degree of) confidence in the knowledge of a proposition.

You must have thought that you needed so many resources and time. (necessity)

Core or central modal verbs: can, could, may, might, shall, should, will, would, must

I dare say we can overcome all obstacles in the pursuit of our goal.

In early childhood, I thought I could become whatever I wanted. Now, with increased focus and realism, I still think I can succeed in attaining the goal of my life.

Marginal auxiliary verbs: dare (to), need (to), ought to, used to

Semi(quasi)-modals or periphrastic modals (fixed idiomatic phases with equivalent functions to those of the modals): (had) better, have (got) to, be going, be supposed to

In addition, there are other fixed expressions with similar meaning to those of the modals: be able to, be likely to, be obliged to, be willing to, want to

I hope you find our educational journeys both enjoyable and useful.

So, you’re kindly welcome to embark on our virtual ship towards open, vast and fascinating horizons!

English Packed With Truth and Wisdom - THE UNIVERSE