The Saxon Genitive is one of the main forms we use to express possession in English. It’s something that many people have heard of but perhaps find it a little difficult to put into practice. Let’s look at what it is and how to use it.

The Saxon Genitive substitutes the word ‘of’ to show possession. It’s used mainly to refer to things owned by people, but it can also be used with animals, organizations and even some time expressions. To create the saxon genitive we add ‘s to a name. For example:

Here are some other examples:

The manager’s office is at the end of the hall.

Where can I find my teacher’s classroom?

These are my sister’s clothes.

I need to find the dog’s lead.

What are the government’s plans?

When it is clear what object you are referring to, it is also possible to simply use the name + ‘s. For example:

We’ve run out of bread. I’ll have to go to the baker’s. (the baker’s shop)

The Saxon Genitive with plurals

When we use the saxon genitive with a plural noun, such as ‘parents’, we just add an apostrophe ‘. For example:

My parents’ house. = the house of my parents.

Clearly the pronunciation does not change, only the written form. Here are some other examples:

Come over to my friends’ party.

Where are the applicants’ CVs?

We need to put the kids’ games away.

They want to re-examine the students’ papers.

When a name ends in -s, like James, we can either use the normal ‘s structure (which is more common in modern English) or only add an apostrophe. If we add ‘s we need to add a syllable /iz/ to the pronunciation. For example:

When we refer to a particular time (in the present, past or future), it’s possible to use the saxon genitive. For example:

When we refer to a regularly occurring time, we use an adjective, such as ‘daily’, ‘monthly’, ‘annual’, and not the saxon genitive:

What happened at yesterday’s meeting?

Have you read today’s newspaper?

We need to get ready for this afternoon’s conference.

Next year’s budget is only a little higher than this year’s.

When not to use the Saxon Genitive

We don’t normally use the saxon genitive with objects. In this case we prefer ‘of’. For example:

Generally speaking, if you’re not sure whether or not to use the saxon genitive, it’s safer to use ‘of’.

So, now you’ve read all about the saxon genitive, practice using it by writing some of your own examples. Think of some things you, your family and friends possess, and make some sentences using ‘s. By practicing, you will be more confident when the time comes to use it in conversation.

The Present Simple Tense - Use 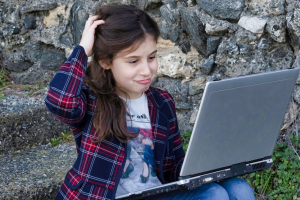