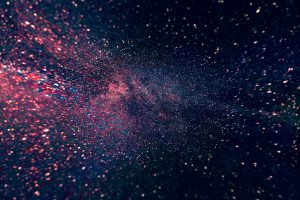 I have come to tell you, to show you, so that you can think; and, if you discover and understand, this means you deserve. If you don’t like this lecture, which is an education by information from the Source of the Universe, then go ahead and disconnect from the source where you started receiving this information from and consider this information doesn’t even exist.

In the beginning there was the Light.
This is a good beginning, as that’s how it was; but this is valid for people, not for Darkness and Light, too.

In the Beginning there was Nothing. If there is Nothing, Nothing is. First and foremost nothing is because everything was colourless, the colours not existing; and, if Nothing existed, it couldn’t be seen, forasmuch as no man was created to see it, nor was any species. In conclusion, Nothing is Nothing.

In the Ocean of Nothing, after billions of years, a spark appeared which triggered an energy point, somewhere in Nothing. This energy point, this energy footprint, was perfectly round.

Every single billion of years, although neither the years existed, nor the billions, but this in order for you to understand, the Nothing enlarged by one micron, although nor did the micron exist. Slowly, it began to rotate. But as to the right, so to the left; as below, so above, although the right, left, below and above did not exist. Only the Nothing existed.

With the passage of the rotation, this energy footprint began to love everything it contoured, each beam or bit accumulating within itself.

The colourless, in the meantime, disappeared, because the particles began to create a dark colour; but nor did the light one exist, so that another colour can exist, than the dark one.

Unlimited instants and dimensions passed, although it is then that the instants were created.

Once with the enlargement, the Nothing hosted the Darkness which was created following the movement and exploitation of the energy footprint.

The Nothing was shattered, the Nothing no longer existed, as Darkness had already been created and hosted by the Nothing. The limits disappeared. But the Darkness, insofar as it was in permanent expansion and had no limits, was developing increasingly fast, depending on the size of Darkness and its volume.

Meanwhile, the energy footprint thought it must shake the first particles off the initial point, in order to give them to the Darkness, which it worshipped.

Shaking off the first particle, the initial one, moving the particles in the Darkness, the energy footprint had changed into beams of various energies and colours, but altogether bright.
That’s how the Divine Particle appeared. And the Divine Particle enveloped by Darkness and glowing by beams, creating the Light, defined Himself as being the Creator.

I’d like to ask those scientists who try to create the Divine Particle, to know some principles, namely that the divine particle cannot be re-created, only the one which had as a host nothing, not oxygen, not atmosphere, nothing.

Not to use Terra’s science, because it’s all wrong. Why is it wrong? Because this science is created out of necessity, not out of Principle.

Dear ones, you just can’t feel chilly and fell down trees to get warm, indulging in the belief this is a scientific invention – to cut nature.

It is necessary for you to think and a proof of thinking is that you will be able to control your energy; and, increasing the speed, your body will get cold. Decreasing the speed, you’ll obtain heat.
However, since by now you haven’t even known these Principles of Perpetuum, I’ll explain them to you very plainly. When you stop a circuit which has a rhythmicity, the circuit of rotation goes into a crisis, it struggles. If it struggles, heat is obtained. I mean, you augment the heat, because you put the rotation to another rhythm than the normal one. Whereas, upon increasing, it cools off, because you don’t properly cover the rhythmicity.

I don’t challenge or dispute anyone’s attempts to do anything. I don’t challenge that you can’t understand me, because where there is 0,1 micron percent of pollution, this is nothing but involution.
If, with anything, the information I’m going to give you soothes you, please calm down and keep cool.

You can’t find the truth, because you have regressed to a stage where you contradict everything. It is not by contradiction that problems can be solved. By contradictions you engender and create wars. Wars are of many types and you can describe them by watching yourselves.

An end means that the planet enters a regime of Nothing for a period which the Creator determines.

Under the circumstances the majority don’t think, the majority will be component parts of the planet. The human beings on this planet don’t even know that in reality they only exist in the Simulator. That’s what it is called.

But even for this, there is an unbeatable logic. This logic says as follows: In a pot full of apples, you can’t keep a rotten apple. You isolate it, you throw it away.

Planet Terra is the rotten apples. Sure that it was completely isolated, sealed. If it had been left to chance, it would have influenced the smooth running and well-being of the whole Universe.

You have the impression that you love and do a lot in the name of love.

Well, nor had you ever known the mammoth or the dinosaur, but this doesn’t prevent you from using your imagination, as you are actually doing, furthermore teaching what dinosaurs fed on or what mammoths looked like.

I’d like to ask you to think about what caricatures you have made by explaining a situation you don’t know in any way whatsoever.

Nice for you to have vested everything in terms which, according to the interests of the various groups, you split into good and bad.

You have even created Satan, a kind of horned man. Your imagination went so far as to explain that the horned handicapped in question was the representative of Evil.

The malformation normally has no brain. And yet, don’t you want to modify, to touch up the horned up? Don’t you want to make an effort and to understand once and for all that the evil doesn’t exist?

Atrocities can only exist in non-performing malformations.

The men in the Universe think and conduct by thinking with the aid of Love. But still, they know both the rules and the terms.

You have coined terms, yet don’t know the rules. Strange terrestrial society, which wants to know the Divine Particle, to discover it and, if possible, to dominate it, so that they can enforce on it the rules invented by this society.

You have no chance, forasmuch as the only existing chance, real, not made up, is thinking, by its manifestations.

My Profession of Faith