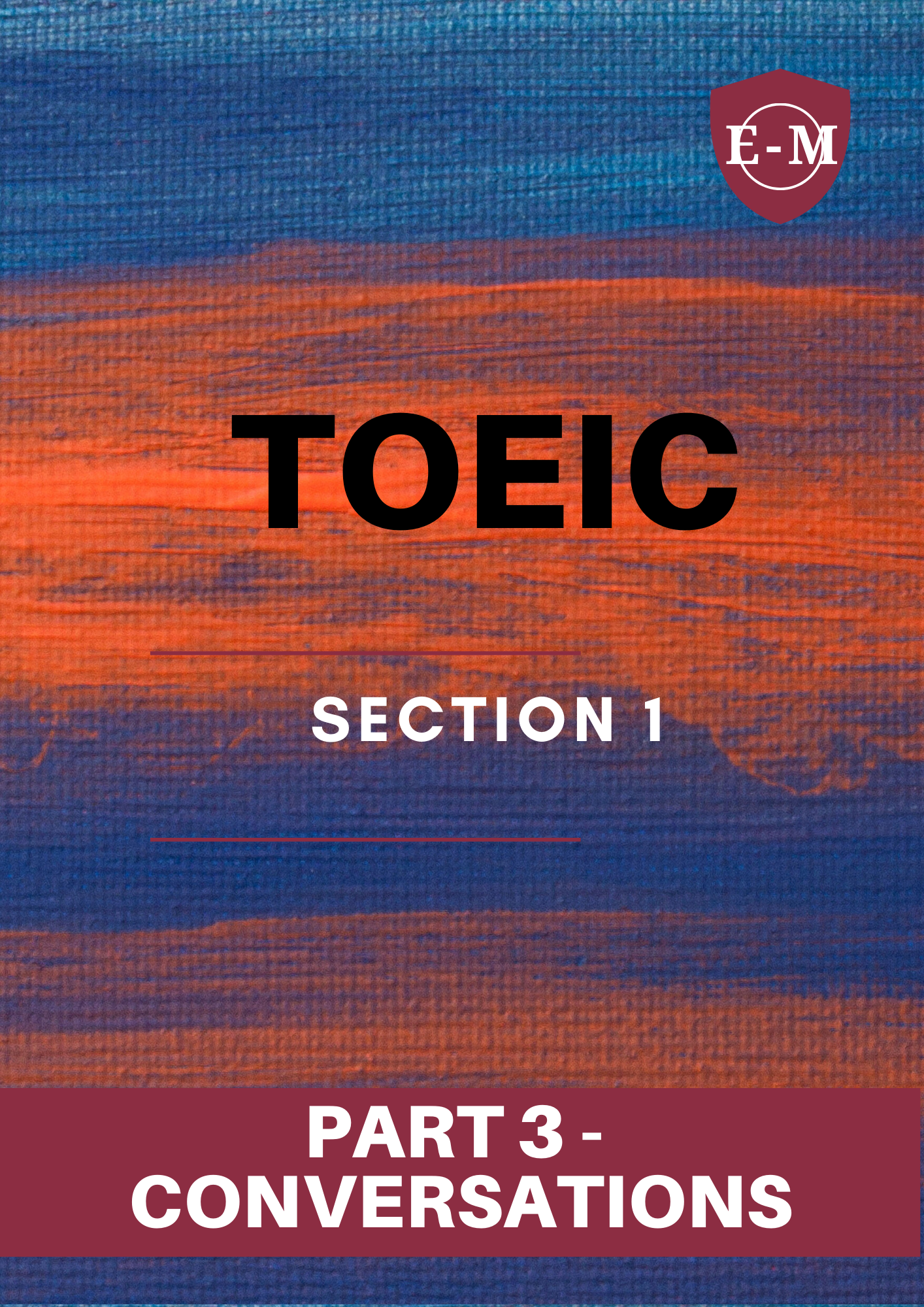 In this part of the test you will listen to a short conversation between a man and a woman. After the conversation, you will answer three questions about the dialogue. There will be four possible answers for each question. Typical questions include, who, what, where, when, why, and how. You may also be asked to make an inference.

First you will hear a short conversation:

Next you will read three questions with four possible answers:

1. What are the man and woman mainly discussing?

2. How is the woman traveling?

3. Why aren’t the man and woman going together?

The correct answer is D.

The correct answer is B.

Man: Do you want to share a taxi to the airport? We can save on expenses that way, and as you know the company is trying to cut costs.
Woman: Actually I’m not flying. I’m going to the conference by bus. I have to leave tomorrow because it’s going to take two days to get there.
Man: That’s right. I forgot that you are afraid of flying. Are you taking a vacation day tomorrow?
Woman: Well, I worked some overtime last week, so I just banked it instead of wasting a holiday day.

4. What does the man have to do today?

5. What can be inferred from the conversation?

A) The woman is the man’s receptionist.
B) The lawyer works in the same building.
C) The woman has no deadlines today.
D) The man and woman have a meeting this afternoon.

6. What does the woman offer to do for the man?

The correct answer is A.

Man: I have a doctor’s appointment this afternoon. Are you going to be in the office, or do you have a meeting?
Woman: I’ll be here. And, don’t worry. I don’t have much on for today, so I’ll handle all of your calls.
Man: Thanks. I’m expecting a call from my lawyer. He’s supposed to be sending me some changes to the contracts.
Woman: I’ll make sure to take a detailed message if he calls. Is there anything you want to tell him?
Man: Well, you could remind him that I’m going to need to come downtown and sign a few papers in front of him. I’ll have to set something up for next week.