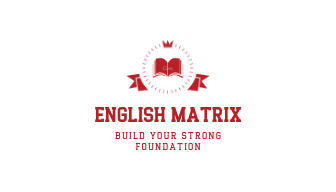 Adjectives are one of the four major word classes, along with nouns, verbs and adverbs. Examples of adjectives are: big, small, blue, old, rich and nice. They give us more information about people, animals or things represented by nouns and pronouns:

Look at the grey horse.

Some dogs have long tails.

Adjectives give us more information. They modify or describe features and qualities of people, animals and things.

Here are some of the common meanings.

Most common adjectives are members of a pair of opposites (antonyms):

Many pairs of opposites are gradable, i.e. they have different degrees of the same feature:

This suitcase is extremely small.

This suitcase is very small.

This suitcase is quite small.

It was reasonably hot in Italy this summer.

It was quite hot in Italy this summer.

It was pretty hot in Italy this summer.

It was very hot in Italy this summer.

It was extremely hot in Italy this summer.

One type of adjective is not gradable. These are the adjectives that we use to classify people and things into types:

These vegetables are organic.

Not: These vegetables are very organic.*

Not: I like salmon especially when it is quite wild.

Unlike in many other languages, adjectives in English do not change (agree) with the noun that they modify:

All new foreign students are welcome to join the clubs and societies.

Not: All new foreigns students …

Every room was painted in different colours.

Not: … in differents colours.

There is no general rule for making adjectives. We know they are adjectives usually by what they do (their function) in a sentence. However, some word endings (suffixes) are typical of adjectives.

Adjectives ending in -ic and -ical often have different meanings:

A diesel car is usually more economical than a petrol one.

Forming adjectives from other words